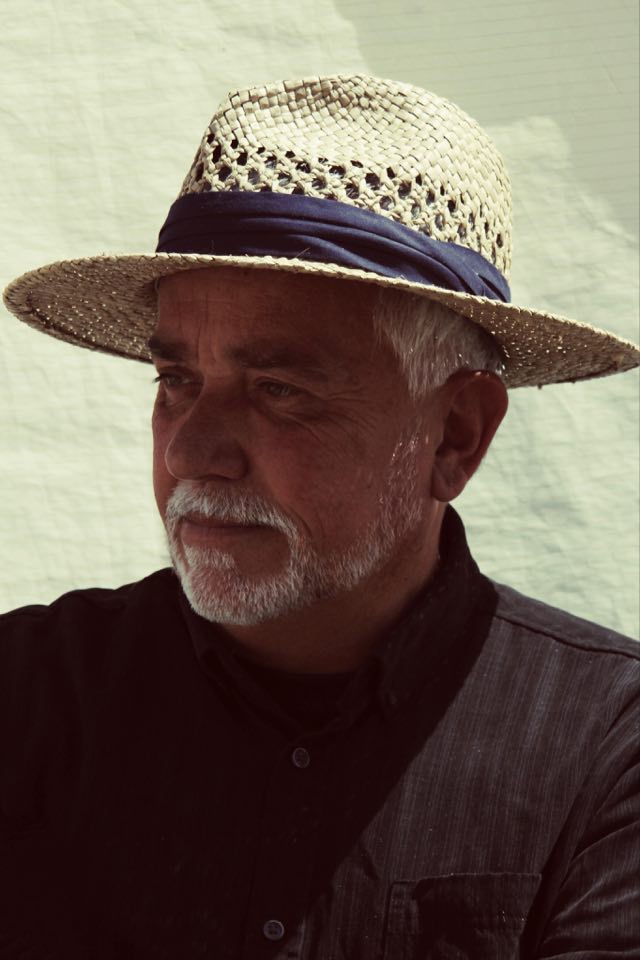 Whilst researching my trilogy, there was a profound recognition that the accepted prehistoric history was not quite as portrayed in the academic history books of our schools and colleges. In fact, the deeper the findings took me, the more amazing the journey became – to find that Stonehenge was indeed five thousand years older than the experts believed was a revelation, but then to discover that it was built by the lost civilisation known to us as Atlantis was an unwelcome surprise beyond belief. For it took the story of our ancient past beyond the realms of archaeology, into the unexplored depths of mythology with the realistic understanding that the academic world would be given a twenty-four carat golden reason to dismiss my claims as ‘fantasy’, not because of the scientific facts I have based the hypothesis upon, but simply by association.

So I was left to ponder how to present my findings in a way to not only justify the science of my research but moreover, the enormity of the conclusions. The solution was therefore, a trilogy of books that would allow me to place all the archaeological evidence, such as the dating of Stonehenge in a single book based on a more scientific format, including clear evidence. Followed by this book you are currently reading, which looks at the anthropology of these megalithic builders, traced through the modern method of DNA genealogy, and lastly the final volume which will pull together all our ancient history and mythology to deliver ‘the greatest story ever told’.

As an advocate of truth and reason, I fail to see the wisdom in recording history out of its true context. I can only imagine that our current misinterpretations of these poorly rationalised ideas are a result of teachers and university students being coerced to accept traditional theories and models through dogma or the fear of ridicule. I am reminded of the wise words of Dr. Jacob Bronowski who once said, “It is important that students bring a certain ragamuffin, barefoot irreverence to their studies; they are not here to worship what is known, but to question it.”

The Stonehenge Enigma questioned our existing conceptions and took a detailed look at the archaeology of Stonehenge and its associated sites such as; Woodhenge, Old Sarum and Avebury. These monuments are linked not only by the age of this ancient society but moreover, by who built them and their exact social purposes. The reasoning for their construction is inevitably linked to my hypothesis – that during the Mesolithic Period (directly after the last ice age), the land was flooded for thousands of years due to the action of the polar ice cap that sat on top of Northern European continent for the previous 20,000– 30,000 years. This natural compression of the land increased the height of the ground water table – creating the Post Glacial Flooding of the landscape.

This ‘Isostatic’ movement of the earth’s surface was compounded by the melting of the two miles of glacier that once sat upon the lands surface. As this ice water melted in the rising heat of the ‘pre-boreal period’, a new era for mankind started to begin as these flood waters covered not only our tiny island but also the lands of Northern Europe and beyond. At the end of the ice-age the sea level was 65m lower than today. A landmass not seen in our times was the centre of this new Mesolithic world, for the North Sea gave way to a land we now call ‘Dogger’ which was a ‘foot bridge’ connecting Britain to its European neighbours within a giant peninsula that protruded into the Atlantic Ocean and incorporated all of Europe.

Through sonar mapping, we can now understand what the landscape actually looked like at the end of the ice age and appreciate that the warmer temperatures assisted the natural growth of foliage and plant life. This allows us to re-evaluate the archaeological evidence in a completely different way as we begin to understand that what we see today with green plains and fields of golden crops, is not as it looked in the past.  Where now we see rolling valleys and grassy hills there once was a watery landscape filled with dense sub-tropical trees and islands, much like the Amazon forest.

‘The Stonehenge Enigma’ changed our perception of our history by reinterpreting the scientific evidence from monuments like Stonehenge, which clearly showed how the Post Glacial Flooding enlarged the rivers of Britain influencing the location and structure of these ancient sites to facilitate this higher water table, with canals and landing platforms. This unique understanding of the landscape allows us to establish a new discipline within landscape archaeology that can more accurately date the phases of these sites and their function. Now these new dates have been established in the first part of the trilogy, then the second part (this book) can concentrate on an even more fascinating aspect of our history, the great historically lost civilisation that created our ancient culture.

Stonehenge, as we can now see from archaeological evidence, was first used as a place for treatment for the sick and dying, much in the same was as a hospital today. There was also a site for the dead like a mortuary in a modern hospital where the bodies were prepared for the ’last voyage’ to the afterlife. The ‘ditch’ surrounding Stonehenge also contained a series of ‘individual pits’ that had small walls in-between and seats cut into the chalk flooring – this ditch was unique in its construction and no similar construction has been found outside of Stonehenge. Consequently, this has been completely overlooked by most archaeologists, but it was designed with a clear purpose in mind – as a bathing pool.

The reason our ancestors choose Salisbury Plain was two-fold. Firstly, at the end of the Ice Age this area was flooded, and the Stonehenge site would have been surrounded from three sides by water making it a magnificent peninsula with easy access for boats. Secondly, the sub-soil was made of chalk. This mineral is porous and allows water to flow naturally through it. Consequently, when the pits/ditch were dug to a certain depth to the groundwater level, they filled with clean water, like a moat.

This naturally filtered water would be good enough to drink, but this water was not for drinking; it was for bathing, with the addition of a bluestone additive, from the Preseli Mountains of Wales some 200 miles to the North West. Evidence suggests our ancestors not only placed some of these large bluestones in the bottom of the ditch, but they also hammered small pieces off the larger megalithic bluestone blocks and placed them in the waters like the ‘bath salts’ we have used for hundreds of years, and now even today. This type of traditional bathing was commonly practiced in the past, and has been seen in the historic spa city of Bath, which lays just a few miles along the road from Stonehenge. It was here that was used for bathing prior to the construction of the famous temple that survives there.

Similar to bath salts of today, these bluestone rocks contained minerals that aided recovery. So what was this ’wonder cure’ of prehistoric times? The greatest killer of people during this period (apart from child mortality) would be cuts and abrasions and their associated infections. These minor injuries are easily treated with modern ‘antiseptic’ medicines, and in prehistoric Britain, Stonehenge offered the same through bluestones. These rocks have veins of ’rock salt’ covering and spread around the dolomite and rhyolite bluestones helping to clean the wound. This historical use of spa baths to cure illness continued through to the Roman period, and was even present up until the Victorian era.

Unfortunately, this treatment was not always the miracle cure hoped for at Stonehenge. Consequently, if the patient failed to recover from their illness and died, they were taken at the centre of the monument (behind a wooden palisade) and laid out on 6’ stone slabs like a modern-day mortuary. These slabs were positioned in a distinctive ‘crescent moon’ shape which represented our ancestor’s belief that the moon in the sky was where the deceased soul travelled to the afterlife. This is the first indication we find of the philosophy of this society, as clearly their disregarding of the dead body (by allowing it to rot and be picked clean by birds) indicates that they are the original ‘dualists’ and must have believed the body and soul are separate in identities. 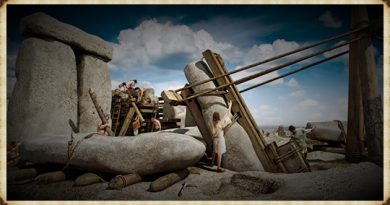 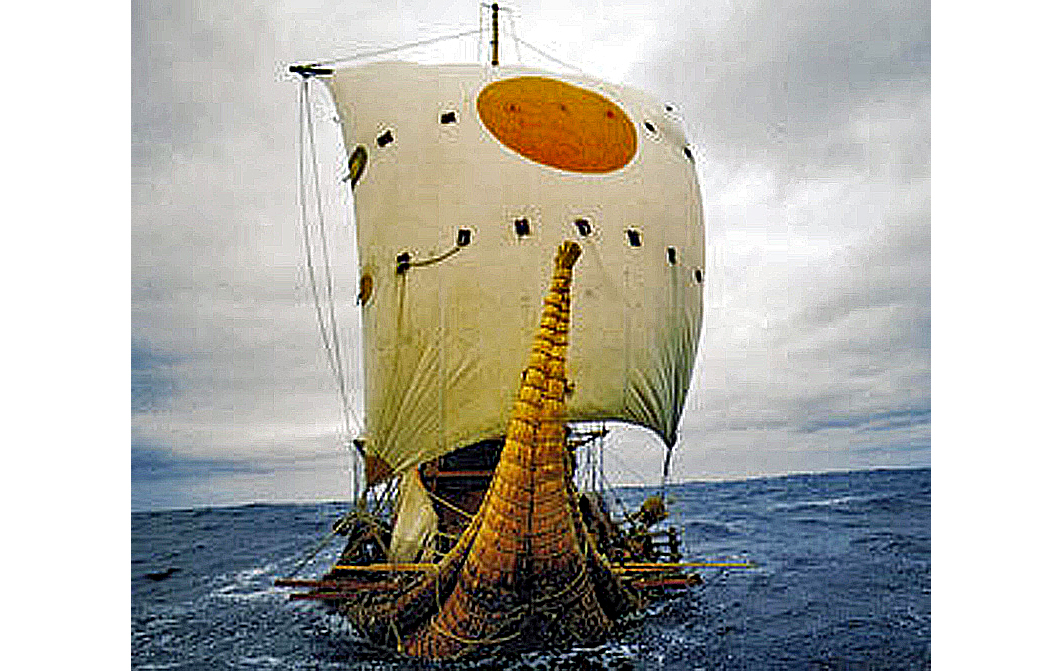 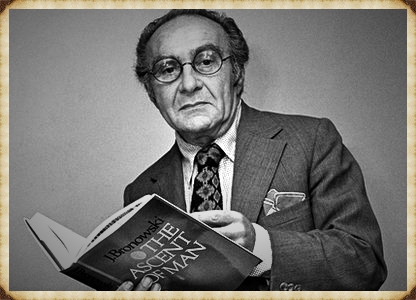